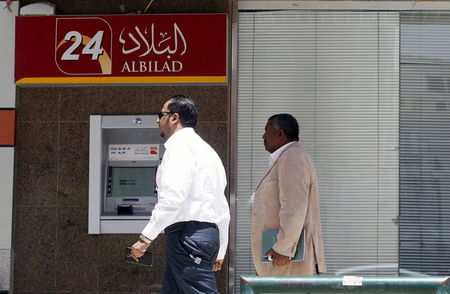 Posted at 12:25h in Economy, Top News by theinvestingdaily 0 Comments

DUBAI/RIYADH (Reuters) – Gulf banks are limiting their lending to minimize potential losses from the coronavirus crisis and an expected squeeze in dollar liquidity in the oil reliant region, some bankers say.

Like banks around the world, Gulf lenders face an expected drop in loan growth in crisis-affected industries such as retail, tourism and transport, but they must also navigate the impact of plunging crude prices on the region.

“Right now what’s happening is that banks are afraid to give loans to SMEs (small and medium sized enterprises), so I don’t know how SMEs will recover from this because they won’t have financial backup,” a banker from the United Arab Emirates said.

Falcon Group, which helps firms monetize their inventories, has seen a surge in demand, its chairman and founder Kamel Alzarka told Reuters.

Alzarka said sectors such as automotive, aviation, retail and manufacturing are all looking for liquidity, often after having drawn down revolving credit facilities with banks.

“Banks are not suicidal … So unless there is government intervention to backstop some of the losses, banks are going to sit on the side and watch who’s going to make it and who is not,” Alzarka added.

Gulf central banks have introduced stimulus measures worth tens of billions of dollars including loan repayment holidays to distressed businesses and individuals and fee waivers.

But Gulf oil producers, facing the prospect of a sharp rise in fiscal deficits, have also started to scale back state projects, which may blunt the impact of stimulus measures.

And while central banks in the region have followed global counterparts in cutting interest rates, this is expected to reduce bank profitability with narrower net interest margins and is unlikely to boost credit volumes due to the pandemic.

Banks in the Gulf must also adjust to a drop in hard currency flows caused by a rapid oil price collapse.

Based on an oil price assumption of $40 per barrel, exporters in the Middle East and North Africa would see a fall in hydrocarbon earnings of $192 billion this year, the Institute of International Finance estimates.

“Liquidity in banks could tighten as oil related bank deposits decline, and NPLs (non-performing loans) could rise,” the IIF said in a report.

One Saudi Arabian bank has hedged a large part of its exposure to government bonds, a banker said on condition of anonymity, adding that he would “think twice” before investing in any U.S. dollar-denominated bonds.

“With oil prices falling, naturally there will be less dollars circulating. This is becoming an issue and the markets are moving too fast,” the banker told Reuters.

Dollar deposits in Saudi Arabia have become more expensive, as the Saudi riyal spot rate hit its weakest levels against the dollar since the 2014/2015 oil price collapse.

The Saudi Arabian Monetary Authority has postponed reviews of some bank capital adequacy ratios and the introduction of regulations on provisions to give them more lending capacity, a circular issued this week and seen by Reuters showed.

The Saudi banker said his bank was only buying paper from governments or state-related entities, adding that “corporate paper offers higher returns but it’s riskier now”.

Some are already feeling the pinch, with S&P Global Ratings last week revising to negative its outlook on five UAE banks.

And Zeinab Abdalla, director at Fitch Ratings, said that Qatari banks could see extra pressure as they rely heavily on external funding.

“A potential tightening of global liquidity could trigger withdrawals of non-domestic deposits from Qatari banks, so it could lead to a tightening of liquidity in the banking sector itself,” she said.

A Qatari banker told Reuters that his bank was maintaining a conservative approach by sticking to short-term and high-quality assets in its portfolio.