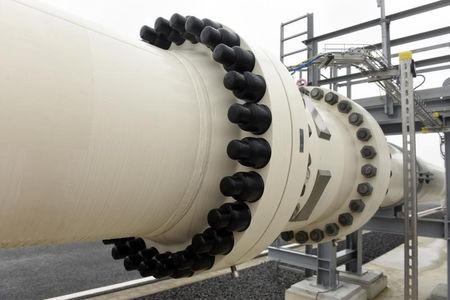 Posted at 07:45h in Commodities & Futures, Top News by 0 Comments

(Bloomberg) — Liquefied natural gas traders are following the latest trend in the oil market by storing huge amounts of the commodity on tankers, hoping prices will rise before the ship docks.

But while crude can sit for months or even years in a tank, super-chilled LNG tends to evaporate even in the specialized vessels that handle it. That limits the amount of time “floating storage” is feasible.

The number of vessels used for floating storage peaked at 17 late last month, but has now eased to 13 after some unloaded their cargoes in India, according to data intelligence company Kpler. Three vessels have been idle for more than 10 days, Kyriakos Mezopoulos, director for LNG at Affinity, said in a note.

More ships acting like storage tanks might be a sign the LNG industry is poised to cut production. They’re reacting to a crash in prices as demand slowed, the result of two warm winters in a row and the coronavirus, which has shut huge parts of the global economy.

U.S. LNG producer Cheniere Energy Inc (NYSE:LNG) is already sourcing cargoes in Europe, with some traders and analysts speculating that this could be ahead of temporary production cuts.

Spot LNG in Asia, the biggest consuming region, slumped to a record this week, and prices in Europe are also testing all-time lows. And unlike in oil, where markets indicate a rebound in prices in the months ahead, a surge in forward rates for LNG is too far off to matter.

In the crude oil market, plunging prices triggered a huge contango, where traders anticipate gains in future months and have an incentive to put the commodity into storage for months or years. They’ve hired tankers because storage sites on land are almost full.

The dynamics are different in the gas industry, where gas storage sites on land that should be near empty still have fuel from last year, and any price rebound is too far into the future to make a difference. Also, the “boil-off” rate is a factor for LNG. Between 0.07% to 0.15% on average evaporates from LNG tankers per day for the majority of the global fleet. That means over a 75 day voyage, about 5% to 11% of the original cargo could be lost.

Last fall, some traders loaded cargoes at low prices in August and discharged in early November when rates were rising. A typical journey from Qatar to the U.K. via Suez Canal, for example, takes about two weeks.

While new vessels have better technology that limits the evaporation rate, the difficulty containing the gas over long periods means using tankers as storage has a physical limit.

“Floating storage is less about stockpiling, but more about slow-steaming until hopefully the rates pick up,” Iain Ross, chief executive officer of shipowner Golar LNG Ltd., said at the webinar organized by Capital Link Inc. and Citigroup Inc (NYSE:C).

While benchmark Asian LNG has lost about half its value this year, the storage trade is a bright spot for vessel owners. They can charge more than 40% more per day for a typical tanker in the Atlantic than at the same time a year ago, according to data from shipbroker Fearnleys A/S.

The latest trend is unusual for this time of year, said Oystein Kalleklev, chief executive officer of Flex LNG Ltd. The company has six vessels that it rents out. Unlike oil, LNG demand is largely seasonal, with a peak in winter when heating is in demand and another smaller lift in the summer for cooling.

More floating storage may appear in September and October, when tanks on land are full and winter chills have yet to arrive. Demand for vessels later this year is already rising, said Mark Kremin, CEO of shipowner Teekay Gas Group Ltd.

In part, floating storage in LNG now is a result of quarantines, Flex’s Kalleklev and his peer from Hoegh LNG Holdings Ltd., Sveinung Stohle, said in interviews. Other reasons are cargo deferrals and diversions, as the virus hit demand and delayed unloading, the shipping executives said at the webinar.

“We will see increased inefficiencies with regards to discharge and possible ships having to wait 14 days from loading to discharge as well as increased level of floating storage compared to what customary at this time of year,” Kalleklev said in an emailed response to questions.