SPEAKER Lord Allan Q. Velasco and his predecessor Alan Peter S. Cayetano have agreed to work together to fast-track the passage of next year’s P4.5-trillion national budget after fighting over the position, according to the presidential palace.

The congressmen met with President Rodrigo R. Duterte on Tuesday and agreed to set aside their differences so as not to delay the budget passage, presidential spokesman Harry L. Roque said in a statement.

“In the course of the meeting, the two representatives agreed to work together as one majority in order to ensure the timely passage of the 2021 budget and other priority legislation of the Duterte administration,” he said.

The House of Representatives during a special session on Tuesday recalled its second-reading approval of the budget bill after 186 congressmen ratified Mr. Velasco’s election as Speaker.

On Monday, the congressmen ousted Mr. Cayetano as Speaker at a session held outside the House.

This was in keeping with a term-sharing deal brokered by President Rodrigo R. Duterte that both lawmakers agreed to last year.

The congressmen moved the meeting from the House building after Mr. Cayetano allegedly refused to open the plenary hall.

Last week, the House approved the budget on second reading after Mr. Cayetano moved to suspend sessions until Nov. 16, apparently to prevent his ouster. He created a small committee to consolidate proposed changes during the break.

Mr. Velasco was not supposed to take over the post until Oct. 14.

“There are 18 agencies whose budgets have not yet been discussed,” he said. Lawmakers should be allowed to scrutinize these agencies’ budgets, he added.

“As the dust is subsiding on the speakership row, the resumption of the budget deliberations should be maximized by the House to effectively fight the COVID-19 (coronavirus disease 2019) pandemic and not push for pork-like insertions or allotments,” Minority Deputy Speaker Carlos T. Zarate said in a statement.

“As it is, we would still be on guard in ensuring that this resumption of session will not be taken advantage of,” he added. 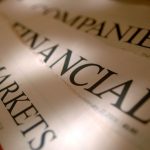 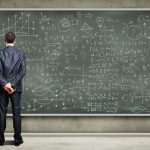 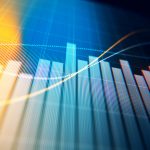